Subject: Where are you?

Would it kill you to get here before noon? I’m sitting here among the shards of my life as I know it, and you …if I know you, you just woke up. You’re probably eating oatmeal and watching Sally Jessy Raphael. E-mail me when you get in, before you do anything else. Don’t even read the comics.

> Okay, I’m putting you before the comics, but make it quick. I’ve got an ongoing argument with Derek about whether For Better or For Worse is set in Canada, and today might be the day they prove me right.

> What? Why do you think you’re pregnant?

> I had three drinks last Saturday.

> I think we need to have a little talk about the birds and the bees. That’s not exactly how it happens.

> Whenever I have too much to drink, I start to feel pregnant. I think it’s because I never drink, and it would just figure that the one time I decide to loosen up, I get pregnant. Three hours of weakness, and now I’m going to spend the rest of my life wrestling with the special needs of a fetal alcoholic.

> I don’t think they call them that.

> Its little eyes will be too far apart, and everyone will look at me in the grocery store and whisper, “Look at that horrible lush. She couldn’t part with her Zima for nine months. It’s tragic.”

Normally, two days before my period, my face is broken out, and I get pre-cramps cramping. But my skin is as clear as a baby’s bottom. And instead of cramps, I feel this strangeness in my womb region. Almost a presence.

> I dare you to call Ask-A-Nurse and tell them that you’ve got a presence in your womb region.

> Given: This is not my first pregnancy scare. I will acknowledge that thinking I’m pregnant is practically a part of my monthly premenstrual regimen. But I’m telling you, this is different. I feel different. It’s like my body is telling me, “It has Begun.”

I can’t stop worrying about what happens next. First I get sick. And then I get fat. And then I die of an aneurysm in the delivery room.

> OR …and then you give birth to a beautiful child. (See how you’ve tricked me into playing along with your pregnancy fiction?)

> OR …and then I give birth to a beautiful child, whom I never see because he spends all his waking hours at the day-care center with some minimum-wage slave he thinks is his mother. Mitch and I try to eat dinner together after the baby’s in bed, but we’re both so tired all the time. I start to doze off while he tells me about his day; he’s relieved because he wasn’t up to talking anyway. He eats his sloppy joe in silence and thinks about the shapely new consumer-science teacher at the high school. She wears black pumps and nude panty hose and rayon skirts that shimmy up her thighs whenever she sits down.

> What does Mitch think? (About the Presence in your womb. Not the new consumer-science teacher.)

> He thinks I should take a pregnancy test.

> Good man. Perhaps a common-sensical kind of guy like Mitch would have been better off with that home ec teacher. (She’d never make sloppy joes for dinner.) But I guess he’s stuck with you, especially now that there’s a special-needs child on the way.

“Thanks, Mom.” He’d have to take her word for it. He hadn’t looked in a mirror today. Or yesterday. Lincoln rubbed his eyes and ran his fingers through his hair, trying to smooth it down …or maybe just over. Maybe he should have combed it when he got out of the shower last night.

“Seriously, look at you. And look at the clock. It’s noon. Did you just wake up?”

She frowned, then handed him a spoon. “Here,” she said, “stir these beans.” She turned on the mixer and half shouted over it. “I still don’t understand what you do in that place that can’t be done in daylight…. No, honey, not like that, you’re just petting them. Really stir.”

Lincoln stirred harder. The whole kitchen smelled like ham and onions and something else, something sweet. His stomach was growling. “I told you,” he said, trying to be heard, “somebody has to be there. In case there’s a computer problem, and …I don’t know …”

“What don’t you know?” She turned off the mixer and looked at him.

“I think maybe they want me to work at night so that I don’t get close to anyone else.”

“If I got to know people”—he stirred—“I might not feel so impartial when I’m enforcing the rules.”

“I still don’t like that you read other people’s mail. Especially at night, in an empty building. That shouldn’t be someone’s job.” She tasted whatever she was mixing with her finger, then held the bowl out to him. “Here, taste this …What kind of world do we live in, where that’s a career?”

He ran his finger around the edge of the bowl and tasted it. Icing.

“Can you taste the maple syrup?”

He nodded. “The building isn’t really empty,” he said. “There are people working up in the newsroom.”

“It’s not right. How can people express themselves in a place like that? Knowing someone’s lurking in their thoughts.”

“I’m not in their thoughts. I’m in their computers, in the company’s computers. Everyone knows it’s happening …” It was hopeless trying to explain it to her. She’d never even seen e-mail.

“Give me that spoon,” she sighed. “You’ll ruin the whole batch.” He gave her the spoon and sat down at the kitchen table, next to a plate of steaming corn bread. “We had a mailman once,” she said. “Remember? He’d read our postcards? And he’d always make these knowing comments. ‘Your friend is having a good time in South Carolina, I see.’ Or, ‘I’ve never been to Mount Rushmore myself.’ They must all read postcards, all those mailmen. Mail people. It’s a repetitive job. But this one was almost proud of it—gloaty. I think he told the neighbors that I subscribed to Ms.”

“It’s not like that,” Lincoln said, rubbing his eyes again. “I only read enough to see if they’re breaking a rule. It’s not like I’m reading their diaries or something.”

“Are you hungry? You look hungry. You look deficient, if you want to know the truth. Here, honey, hand me that plate.” He got up and handed her a plate, and she caught him by the wrist. “Lincoln …What’s wrong with your hands?”

“Look at your fingers—they’re gray.”

WHEN LINCOLN WORKED at McDonald’s in high school, the cooking oil got into everything. When he came home at night, he felt all over the way your hands feel when you get done eating French fries. The oil would get into his skin and his hair. The next day, he would sweat it out into his school clothes.

At The Courier, it was ink. A gray film over everything, no matter how much any
Next > 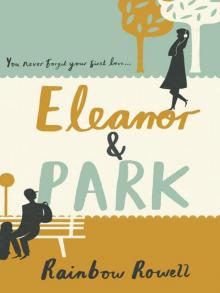 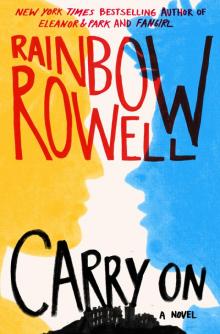 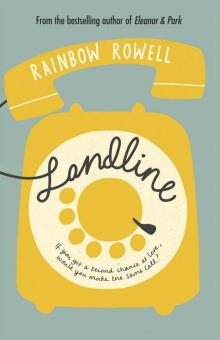 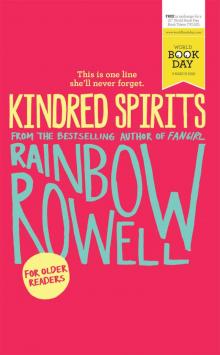 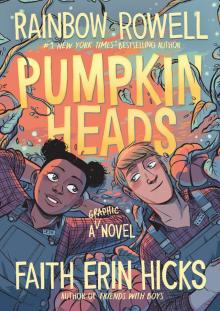 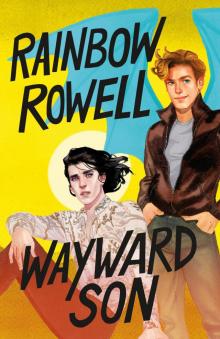 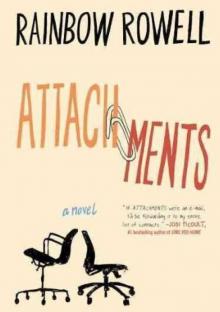